1. The principle of sodium ion battery 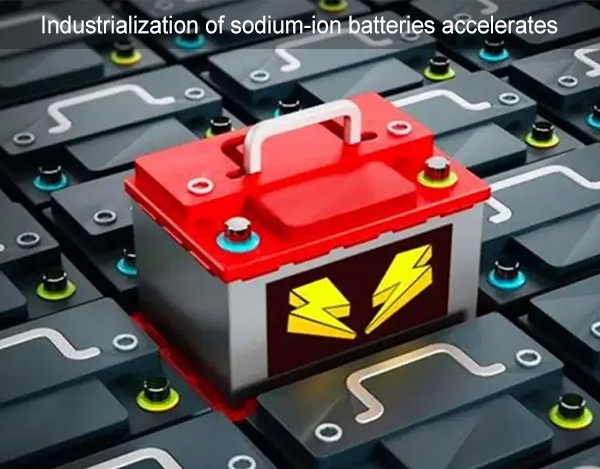 The price of raw materials for lithium batteries remained high, and the industrialization of sodium batteries accelerated. Sodium resources are widely available worldwide in the form of sodium chloride, that is, table salt, while lithium ore is becoming a scarce resource on a global scale, existing in the form of salt lakes and lithium mines. At present, the demand for lithium carbonate is rapidly rising due to new energy vehicles, but there is a certain time lag in the extraction of the supply side.

The sodium ion battery has a wide range of applications, including energy storage, passenger cars, and two-wheelers.

Sodium ion battery has good energy density, better safety than lithium battery, and low cost, which is conducive to large-scale integrated use, and is very suitable for the application of energy storage industry. The installed capacity of sodium batteries is vast.

In addition, sodium batteries are expected to further penetrate due to acceptable energy density and low cost in both cost-effective A00-class vehicles and electric two-wheelers that originally used lead-acid batteries with large volumes and low battery life.

It is comprehensively estimated that by 2025, the domestic sodium ion battery market size is expected to reach 80-90 billion yuan.

5. The physical and chemical properties of sodium and lithium elements are different, and the battery performance has its own strengths.

5.1, the ionic radius of sodium ions is larger than that of lithium ions, which makes it more difficult to intercalate/deintercalate layered positive and negative electrode materials. In common layered metal oxide materials, sodium ions can only be inserted into octahedral gaps, while lithium ions can be inserted into tetrahedral and octahedral gaps at the same time, which makes sodium ion cathode materials lacking in energy density; It is difficult to embed between the anode graphite sheets, so that the sodium ion battery needs to use other anode materials.

5.2, the first ionization energy of sodium ion is lower, which makes sodium ion more stable, and it is not easy to precipitate dendrites at low temperature, which brings more excellent safety, stability and low temperature performance to sodium ion battery.

6. The price of lithium carbonate remains high, and the raw materials for sodium batteries are easy to obtain and the cost is low

The supply and demand relationship of sodium resources is stable, and the price fluctuation is small. Sodium is very high in the earth's crust, which is more than 1,000 times more abundant than lithium. With the vigorous development of the new energy industry, the price of battery-grade lithium carbonate continues to rise. WIND statistics show that since 2022, the average unit price of lithium carbonate has been higher than 400,000/ton, while the corresponding sodium ion battery raw material light soda ash has remained at 0.2-0.4 million yuan/ton, less than 1% of the former. Due to the surge in downstream lithium battery production capacity, the supply and demand relationship of lithium carbonate continues to be tense. In the future, due to the rising cost of low-grade lithium ore mining, lithium prices will continue to rise. Under the circumstance of tight supply of lithium carbonate, the output of lithium battery cathode materials and electrolyte will be extremely vulnerable to the impact of changes in upstream raw material prices. On the contrary, soda ash resources are extremely abundant and involve many industries, and the cost of mining will not increase in the foreseeable future. Therefore, the supply and demand relationship of sodium resources is more stable, and supply gaps are less likely to occur. The raw material supply of downstream manufacturers of sodium ion battery is Fully guaranteed.